The older I get, the faster time seems to move. Weeks, months and years are just flying by and there never seems to be enough time to do all the things I want to do.

I suddenly woke up this morning and remembered I needed to make something to take with me to a picnic this afternoon. That didn’t leave enough time to make my usual cupcakes, which need to be started the day before. So I decided to make this raspberry crumble slice. It is a great last minute recipe, as it uses ingredients that I usually have on hand in the house and doesn’t take too long to throw together. The rich, nutty, buttery shortbread base and crumble provide a great contrast to the fresh, tart raspberries and it is one of my favourite quick treats. 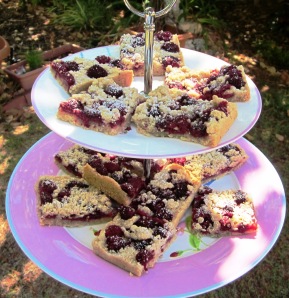